New York Agrees To Give Voter Info To Trump

BREAKING: The NY Board of Elections will comply with the feds and hand over the state’s voter database. Here’s what that means for you. 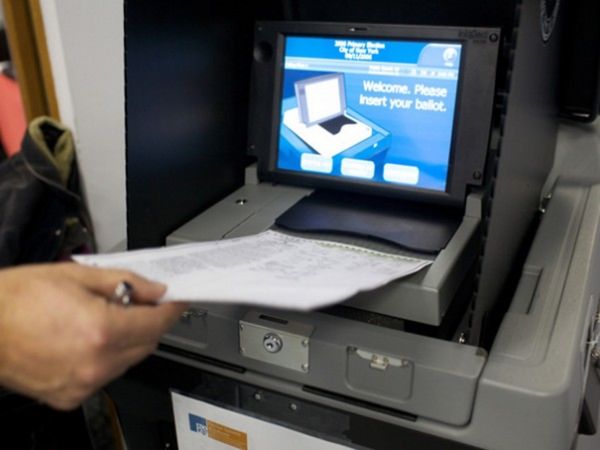 ALBANY, NY — Personal information about all New York voters will be released to President Donald Trump’s controversial “election integrity” commission, the state Board of Elections announced Wednesday, despite promises from New York Gov. Andrew Cuomo that the state would withhold its voter database from the feds.

“We will comply,” a spokesman for the Board of Elections told Patch. “The data will be sent out this afternoon.”

Want more local news from your NYC neighborhood? Sign up here to receive free newsletters and breaking alerts from Patch.

Back in late June, after Trump’s commission requested voter info from all 50 states, Gov. Cuomo said: “New York refuses to perpetuate the myth voter fraud played a role in our election. We will not be complying with this request, and I encourage the Election Commission to work on issues of vital importance to voters, including ballot access, rather than focus on debunked theories of voter fraud.”

However, each state’s decision on whether to share its voter info with the feds — or with anyone else — is ultimately not up to the governor’s office. It’s up to the board of elections. And Wednesday, New York’s board made the choice to comply.

Gov. Cuomo’s office did not respond to a request for comment.

UPDATE: In a statement sent out Wednesday evening, Cuomo clarified that when he said New York wouldn’t hand over its voter rolls back in June, he was responding to the Trump commission’s original request, which demanded “sensitive personal data” like criminal histories and Social Security numbers. Since then, Cuomo said, the federal request has been revised to demand only “publicly available information” about voters — including their names, ages, addresses, political affiliations and voting histories. (Scroll down for more details.) “Our position remains unchanged,” Cuomo said Wednesday, “and we will continue to deny requests for sensitive personal data about New York residents, which is protected under the law. We will never provide private voter information to anyone, especially a politically-motivated organization seeking to perpetuate the myth of voter fraud.”

What The Data Dump Means For You

Social security numbers and driver’s license numbers will not be included in the dump, according to John Conklin, spokesman for the New York State Board of Elections. But voters’ names, ages, addresses, political parties, voting histories and various other details will still be in there.

Here’s a sample layout of the files New York will be handing over.

In short: As of this afternoon, personal details about you and your political views — along with those of nearly 13 million other New York voters — will be sitting on a computer in the White House, waiting to be tapped into at the U.S. government’s discretion.

Trump’s 12-member election commission, named the Presidential Advisory Commission on Election Integrity and led by Vice President Mike Pence, was formed in May to investigate possible flaws and/or fraud in America’s voting system. (After the president claimed the November 2016 election had been plagued by “serious voter fraud,” and that millions of illegal immigrants had cast ballots, possibly costing him the popular vote.)

To do this effectively, commissioners said, they would need info on each voter in the country.

In response to this unprecedented demand from DC, elections officials in dozens of states announced they either would not comply at all or would only hand over some of the details requested.

Various watchdog groups have also tried to block the data flow in court — so far, to no avail.

It is not entirely uncommon for the New York State Board of Elections, as well as boards in other states, to release voter rolls upon request. Politico has a good explainer up on what is considered a legitimate request and why.

But in this case, privacy advocates are worried about the implications of the White House having easy access to a database of every voter in America.

“A centralized national database of state voter records is contrary to principles of federalism and local control,” NYU law professor Erin Murphy said in a statement released by the Electronic Privacy Information Center. “Moreover, the collection of personal data is unreasonable and therefore implicates sacred constitutional rights.” (For more, see the center’s list of “51 reasons to end the collection of state voter records by the presidential election commission.”)

Common Cause, a self-described “nonpartisan good government watchdog group,” has also been on the front lines of the resistance.

In a lawsuit filed against Trump’s commission, Common Cause argued that a nationwide roundup of voter data violates the Privacy Act, passed in the wake of Watergate to protect Americans from government surveillance.

“For voters and prospective voters facing political polarization,” the lawsuit says, “the threat that the federal government will monitor their electoral participation and even their party affiliations is deeply troubling and has deterred and will continue to deter the exercise of their First Amendment-protected rights to express their views through the ballot box.”

This story has been updated. Photo by Tara Conry/Patch