Trump thinks we are gullible!

Fined $2 million after admitting his foundation was his piggy bank, the president shows he always comes first.

By The Editorial Board 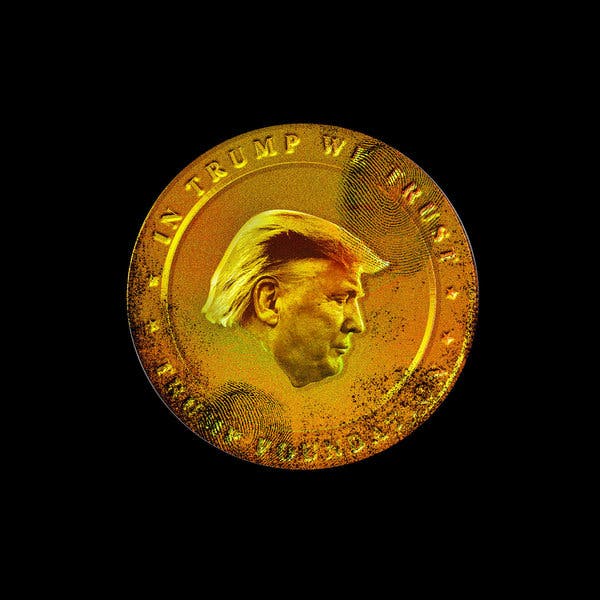 On Monday, President Trump will kick off the 100th New York City Veterans Day Parade, at which he is likely to boast, as is his wont, of his devotion to the men and women who have served in the military.

But a legal settlement announced on Thursday reveals that for Donald Trump, personal interest outranks even the needs of veterans. Under the agreement, a New York judge ordered the president to pay $2 million in damages after Mr. Trump admitted that his now-defunct Donald J. Trump Foundation largely benefited Donald J. Trump….

Chief among them: allowing Trump’s 2016 presidential campaign to orchestrate a televised fundraiser in Des Moines, Iowa, for the foundation, which then distributed $2.8 million to veterans’ charities that were also chosen by the campaign.

Charities are prohibited by New York law from supporting political candidates or campaigns.

Trump staged the fundraiser on Jan. 28, 2016, days before the Iowa caucuses, rather than participate in a Republican presidential debate.

According to the lawsuit, Trump’s campaign staff, not the foundation, chose the veterans’ groups that would get the money. That violated New York’s charity laws.

The Attorney General’s Office and the Trump Foundation reached an agreement last year to dissolve the foundation and distribute its remaining $1.8 million in assets to a variety of charities, including the Army Relief Fund and the U.S. Holocaust Memorial Museum.

The Trump Foundation was a sham.

The New York State attorney general’s case against the Trump Foundation — Donald Trump’s nonprofit that a court shut down earlier this year — has concluded. The Trumps have agreed to pay a $2 million fine, the attorney general’s office said in a press release on Thursday.

The deal follows years of incredible, careful reporting by a number of reporters but most of all the Washington Post’s David Fahrenthold. As Fahrenthold discovered, the Trump Foundation often operated as a slush fund for the Trump family and Trump’s businesses. It bought Trump an autographed Tim Tebow helmet, a portrait of himself, and money for various lawsuit settlements. Less entertainingly but perhaps more importantly, he also used a foundation fundraiser, which was nationally televised a few days before the Iowa caucuses, to promote his presidential bid in 2016.

I would be mad as hell as a veteran…

1 Response to Trump thinks we are gullible!