Bombing Hospitals in Syria: a Crime against Humanity 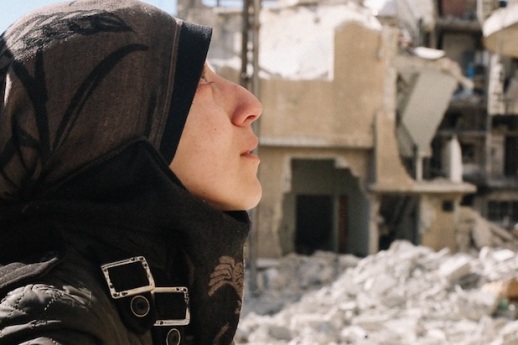 I just saw a documentary on a Syrian underground hospital: The Cave.  It should be compulsory viewing for everyone.  INCLUDING Rep. Lee Zeldin.  He too lived thru a period where his premature born twin girls where in the NICU.  Might he identify with the story of a 30 year old pediatrician running an underground hospital in northern Syria  under horrendous conditions and constant bombardment?  I have spoken with Lee Zeldin, and he is aware of how lucky his family was.

Here is a review of The CAVE:  https://www.thewrap.com/the-cave-film-review-syrian-documentary-goes-underground-to-find-a-new-face-of-tragedy/

And here is the trailer: https://www.firstshowing.net/2019/official-trailer-for-the-cave-doc-film-about-a-hidden-syrian-hospital/

If you have any doubt about the culprits, read more in the NY Times (Oct. 13).  There is an 8 min video attached to the article and it contains ample proof of Russian planes specifically targeting hospitals.  https://www.nytimes.com/2019/10/13/world/middleeast/russia-bombing-syrian-hospitals.html

In my book this is a crime against humanity.  It should be prosecuted at The Hague. And the prime suspects/culprits are Syrian President Assad and Russian President Putin.

This all is relevant to our most recent national disaster in foreign policy: inviting Turkey to invade parts of northern Syria, where our previous allies, the Kurds, live.  The bombs have started falling as reported today. The players are likely to have blood on their hands. Erdogan? Donald Trump?  And Lee Zeldin ? He habitually supports Trump,  irrespective of common sense.

2 Responses to Bombing Hospitals in Syria: a Crime against Humanity