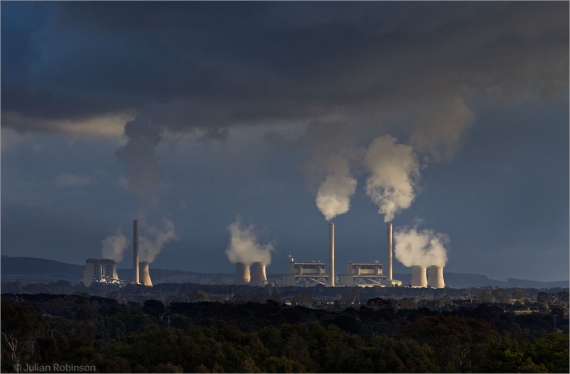 In November 2018, three Republicans and three Democrats in the House of Representatives led by Congressman Deutch (D-FL) proposed the Energy Innovation and Carbon Dividend Act (“Deutch proposal”—HR7173), the first bipartisan carbon pricing proposal in Congress in nearly a decade. A similar proposal (Flake/Coons) has been introduced in the Senate. These legislative efforts would establish a national carbon tax which would achieve reductions in greenhouse gas emissions at a lower cost than approaches focusing on specific sectors, regions, or technologies. Proceeds from the carbon tax would be returned in equal portions, and sent in monthly payments, to all Americans with a social security number or a tax identification number, with minors receiving a half-share each. A small percentage is also be allocated to administration expenses required to run the program.

The carbon tax revenues paid out to consumers would increase as the tax (staring at 15 $/ton) increases year over year. As the carbon tax rates rise households will also receive larger rebate checks. Assuming equal payments to 130 million US households, those carbon tax revenues would imply (taxable) rebates of about $600, $1,400, and $2,600 for each household in the first, fourth, and ninth years of policy implementation.

A carbon tax reduces emissions by providing financial incentives to switch to lower-carbon alternatives if doing so costs less than paying the tax. The average consumer benefits financially if their taxed carbon footprint falls below the revenue income the tax generates for them.

A carbon tax increases energy costs in proportion to the carbon content of the source of energy: impacts are most significant for energy produced with coal, then petroleum, then natural gas. Higher carbon tax rates cause larger changes in energy prices.

The two active Carbon Tax proposals (Deutch in the House and Flake Coons in the Senate) unfortunately lift regulations on taxed GHG emissions but reauthorize them if the tax is not meeting initial expectations. This may be a necessary strategy to secure bipartisan support.

A carbon tax will encourage conservation and significantly accelerate the pace of deployment of renewable energy sources like solar and wind; nuclear energy and carbon capture and storage technologies.

The long-term goal of a Carbon Tax “Revenue Neutral “ proposal is to reduce US emissions by 80 to 90 percent below 2015 levels by 2050, create a sustainable national energy model, and help guide the evolution of a zero emissions global economy.

“A sustainable economy may not exceed ecological limits.”   – Herman Daly

The lack of price mechanism to signal the costs of economic externalities (like pollution) ignores the dangers of ecological destruction which would ultimately cause the economic system itself to collapse. How do we begin to adjust the existing system to disallow unrestrained CO2 atmospheric contamination?

There are currently two recently introduced Carbon Tax proposals working their ways through the House of Representatives and the Senate—the Deutch proposal (HR 7173) and the Flake/ Coons proposal in the Senate. The proposed legislation would establish a national carbon tax imposed primarily on producers of fossil fuels near where the fuels enter the economy. It covers nearly all carbon dioxide emissions from the US energy system. Importantly, the proposal includes a border carbon adjustment (BCA) to avoid harming the competitiveness of US industries in international markets.

The carbon tax rates start relatively low ($15/ton), and increase by $10/ton per year rising to $125/ton by 2030 (in inflation-adjusted terms @+2%/year) and potentially higher if the emissions targets stipulated in the bill are not met. The tax is attached as the products enter the market and passed on to the consumer.

To compensate the consumer the proceeds from such a “revenue neutral “ carbon tax would be returned in equal portions in monthly payments to every American with a social security number or a tax identification number, with minors receiving a half-share each.

A relatively small share of carbon tax payments would come from low- and middle-income households as they are taxed only on the carbon content included in their spending which is generally much lower than the more affluent. The bulk of the tax will fall on the upper income level households.

The carbon tax revenues paid out to consumers would increase as the tax ($/ton) increases year over year. As the carbon tax rates rise households will also receive larger rebate checks.

Assuming equal payments to 130 million US households, those carbon tax revenues would imply (taxable) rebates of about $600, $1,400, and $2,600 for each household in the first, fourth, and ninth years of policy implementation.

These “revenue neutral” tax proposals cover virtually all of the US energy system’s CO2 emissions, which account for about 90 percent of the country’s net greenhouse gas emissions. If a comparable carbon tax is adopted by the US greenhouse gas emissions would fall dramatically in the 2020s, well beyond the pace of reductions outlined by the United States in the 2015 Paris climate agreement aiming to limit global warming to below 2˚C.

A carbon tax will achieve emissions reductions by encouraging the consumer, businesses, and industry, to reduce spending on carbon intensive models, practice conservation, and stimulate innovation and gradually move us to an ideal “zero emissions” economy.

The two active CarbonTax proposals (Deutch in the House and Flake Coons in the Senate) unfortunately lift current regulations on taxed carbon emissions but will reauthorize them if the tax is not meeting initial expectations, This may be a necessary strategy to secure bipartisan support.

by putting regular cash money into his pocket, not to mention addressing the very real and immediate danger of an overheating planet.

There are currently two similar Carbon Tax proposals being submitted to the US Congress. The Deutch House proposal (HR7173) and the Flake/Coons proposal in the Senate, represent the first bipartisan carbon pricing proposals in Congress in nearly a decade.

The proposed legislation would establish a national carbon tax which would achieve reductions in greenhouse gas emissions at a lower cost than approaches that focus on specific sectors, regions, or technologies.

The carbon tax is imposed primarily on producers of fossil fuels near where the fuels enter the economy and covers nearly all carbon dioxide (CO2) emissions from the US energy system.

The proposal also include a “border carbon adjustment” requiring importers of carbon emitted goods to pay a fee and providing a rebate to exporters of the same products thus equalizing the international trade competitiveness.

Proceeds from the carbon tax would be returned in equal portions, and sent monthly to all Americans with a social security number or a tax identification number, with minors receiving a half-share each.

The tax will fall largely on the upper-income households.

A carbon tax liability increases in proportion to the carbon content of the energy used. As low- to middle-income households generally

use less carbon energy content they will be paying less in carbon taxes overall while receiving proportionately more in tax revenue rebates. The rebates received by average low- and middle-income families should exceed their increased expenditures caused by the carbon tax.

The carbon tax revenues paid out to consumers increase as the tax ($/ton) increases year over year. As the tax rates rise households will also receive larger rebate checks to offset the cost of the tax.

Assuming equal revenue distributions to 130 million US households, carbon tax revenues would imply (taxable) rebates—cash directly to consumers—of about $600, $1,400, and $2,600 for each household in the first, fourth, and ninth years of policy implementation.

Both Carbon tax proposals unfortunately lift GHG regulations currently in place but each mandates their reauthorization under the EPA if the tax is not meeting initial expectations, a strategy which may secure bi-partisan support.

If we can muster the will and the wisdom to pass a revenue Neutral Carbon Tax, US greenhouse gas emissions would fall dramatically in the 2020s, well beyond the pace of reductions outlined in the 2015 Paris climate agreement and would put the country on a pathway to a low carbon economy by midcentury or sooner.

The urgency to act on climate change has never been greater. That time is now, there is no later.

“I think any proposal that can be characterized as a tax on consumers is political suicide.  These proposals smack of the same problems that befell the tax cut proposal.  The “carbon rebate” gets paid, assuming the pro-fossil fuel regulatory agencies in charge of administering the bill don’t scuttle it, after a year of consumers paying more at the pump for gas, more for heating oil/natural gas and with Republicans reminding them of it.  I seriously doubt the extent of the benefits being claimed and would recommend withholding support until it is scored.  I looked at our expenditures and we wouldn’t get a meaningful rebate even though we drive only on weekends, use fuel/gas for heating only on weekends (we do not directly pay for utilities in NYC).  The bill will lead to fuel surcharges imposed by taxis, airlines, trucking companies, downstream utilities that do not directly discharge greenhouse gases, and any other utility that can persuade regulators to give them a break.

There is little chance of this bill passing either the House or the Senate given the demographics of the House and the Republican majority in the Senate.  Then, there is little chance Trump would sign it — he has had such a pro-fossil fuel stance since taking office that it would be a betrayal to his perceived “base” for him to sign a law that would renew the “war on coal”, something he vowed to end.

All the introduction of this bill, despite its promise, will do is undo the Democratic majority in the House in 2020; give Trump an argument that will resound with the consumers, and cement the Republican Senate majority.”

First, the “equal shares” method of distributing rebates is not really progressive. You explain that most LMI households will likely come out ahead based on their (assumed) relatively lower use of fossil fuels. But an argument can certainly be made for increasing the size of the rebate the lower the household income, thus targeting the rebates to where they are needed the most. If folks want to write letters advocating support of these bills, they should be aware of this issue and feel free to advocate for a more progressive rebate method.

Second, you don’t mention that the Senate bill does not eliminate regulation of emissions from power plants (stationary sources) the way the House bill does. This is critically  important not just for climate change reasons, but because regulation of CO2 generally results in reducing emissions of “criteria pollutants” (conventional air pollution) as well. This is an environmental justice issue too, because it’s often the LMI communities that are living downwind from power plants.  So there are important public health reasons and environmental justice reasons, in addition to climate change reasons, for supporting the Senate version of the bill. If people are going to write letters in support of carbon tax legislation, they should be strongly urging that the Senate version of the bill be enacted, not the House version.

Thank you James,
I really appreciate being able to read this blog.  I’m hoping we will all use it in the way you state, as “talking points” when we all write letters to the editor about supporting these bills, especially the Senate bill S 3791 (see Marc’s comments about equal shares and regulations of CO2 emissions).
Yes, the bills can be tweaked, but rather than let the perfect be the enemy of the good, it is my hope we can all get behind encouraging  our friends and neighbors to call, email, write Congress, and to get a public conversation going in support of these bi-partisan bills what Robert Reich calls “the most important, #1, top of the heap solution” to jump start a national drawdown of carbon pollution.
Thank you.
Mary Morgan
Orient