Trump’s Use of ‘Nationalist’

LTE in the New York Times from my neighbor (!) 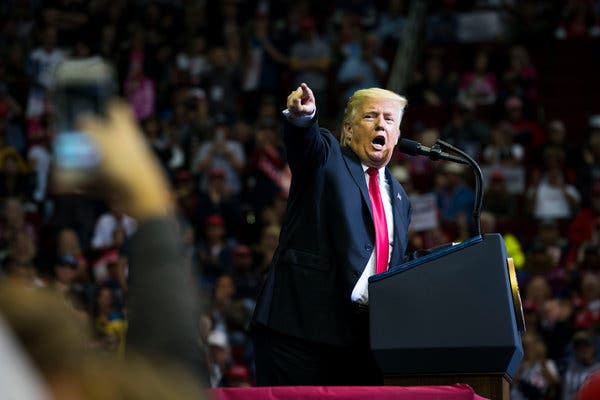 “‘You Know What I Am? I’m a Nationalist’” (news article, Oct. 24) was sobering. We see that President Trump has enthusiastically embraced words and ideas such as the slogan “America First,” which was used by the isolationists and Nazi sympathizers before World War II, to describe his foreign policy.

He repeatedly calls some journalists the “enemy of the people” despite the association with Stalin’s mass murders.

We need to counterpunch as aggressively as this pugilistic president does. He is coddling up to dictators today and reviving the tactics of dictators from the past. He is pitting people against one another and rolling out the dog whistles.

The time has passed for us to shrug our shoulders and just dismiss the rhetoric as drumming up his base. We must pay heed.