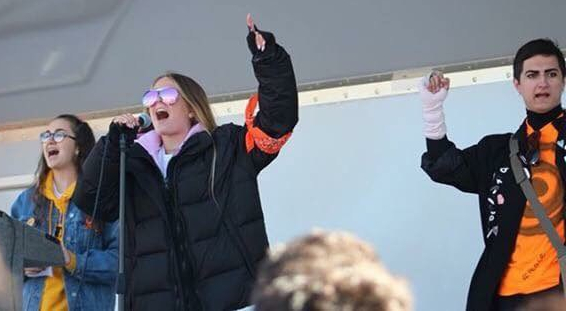 Gabrielle and James – youth leaders in MFOL at rally 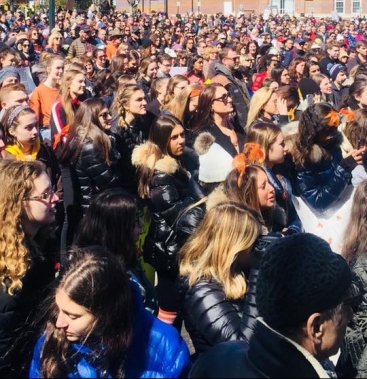 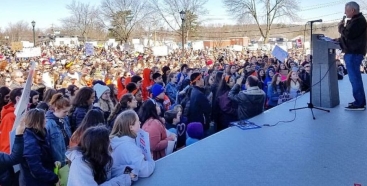 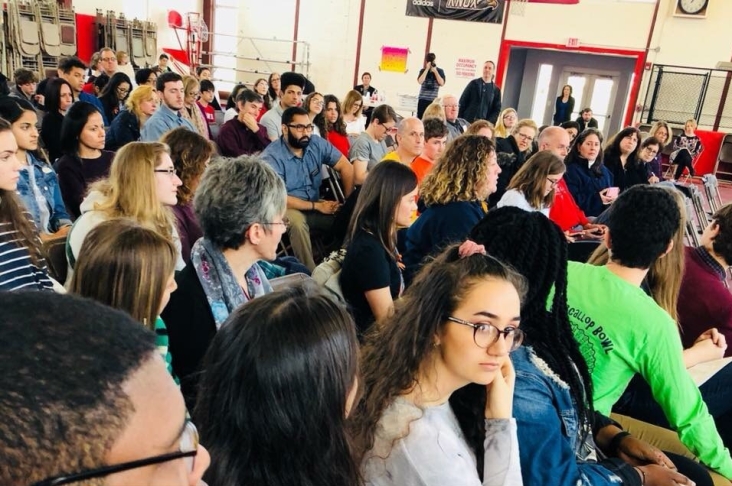 If you are like me, you probably don’t know what #MarchForOurLives has been doing right here in our home towns.  I just found out.  They are impressive and I will share.

Julia Fenster is Chair for “March For Our Lives Long Island” (or MFOL-LI). It originated out of the Huntington Rally on March 24th and has been extremely active. They have about 2000 youth in their network in some 60 schools. About 1200 signed up on their text service and around 750 people in their Facebook page. There is a core youth leadership team as well. They started a youth ambassador program at several Long Island High Schools. Julia Fenster says “It’s been tremendously exciting working with and mentoring these terrific young people.”

Prior to the March 24th Rally we held 3 youth forums with guest speakers.  This included the American Academy of Pediatrics for the LI region who spoke about gun safety as a public health concern. Also, Paul Guttenberg, from New Yorkers Against Gun Violence on state legislation, concerning Voter Registration/Voter Suppression/Gerrymandering.

Town Hall for Our Lives at Knox School in CD1 – Lee Zeldin was a no show, but all Dem candidates were there. This town hall included a voter registration drive. About 150-200 people were in attendance and the press as well. Guest speakers included; attorney Paul Guttenberg, representatives from the Center for Human Rights and Social Justice, and Darryl Richard St George who ran for Huntington Town Supervisor in 2017.

March For Our Lives Long Island activated youth voters in the special election to elect Steve Stern to the 10th Assembly District, many voting for first time!

Fireside Chat with Tom Suozzi and Leadership team of March For Our Lives Long Island – this was live-streamed and reached over 4000 viewers & with lots of press coverage.

March For Our Lives Long Island leadership spoke at the Democratic Kick Off on Long Island, at the NY State Convention (seconding the endorsement for Cuomo) and at several other political events.

There are many upcoming events and initiatives. On June 16th there is a “Midterms 2018-State Level Lunch and Learn” in Old Bethpage.

The March For Our Lives Long Island Group has continued to expand their outreach to youth throughout Long Island. With the mentorship of their chair, Julia Fenster, they have managed to bridge relationships with political leadership as well as learn some of the key principles of successful organizing.  Their goal is to continue to educate and empower soon-to-be and first-time voters on issues impacting gun violence, learn about the political process and empower them to make their voices heard at the polls to elect representatives that would support sensible gun reform.  “We have a responsibility as adult advocates and activists to work with and support our young people. If we want real change in this country it will require not only changes in legislation and leadership, but also a fundamental cultural shift and that begins with our youth.” said Fenster.