Why are Drug Prices Going Through the Roof? 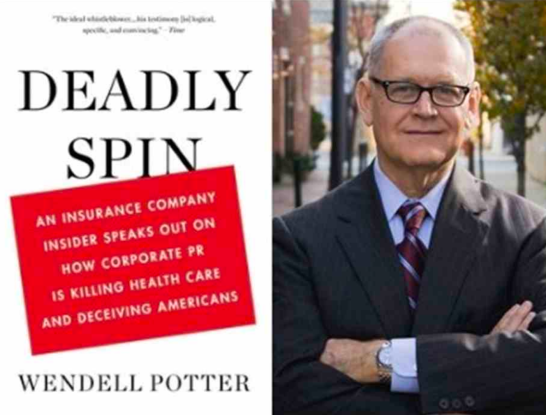 Why are drug prices going through the roof? We talk with Wendell Potter about Big Pharma and what his new investigative journalism site, Tarbell, is finding out about it.

Critics say single payer health insurance would be too expensive. We talk with economist Gerald Friedman, who developed Bernie Sanders’ Medicare for All plan.  He answers his critics point by point.

Are Americans getting swindled at the pharmacy? We pay an average of 300% more for medications than people in other major countries. And the costs just keep going up.

And of course, it’s not just drugs. We pay far more for all aspects of health care — insurance, doctors and hospital fees, tests and drugs — than other nations. But we aren’t getting our money’s  worth.

Wendell Potter is a former health insurance industry executive turned whistleblower. We spoke with him several years ago about his book DEADLY SPIN, about how the health insurance industry skews the playing field in its favor, making sure to kill efforts at reform while getting laws passed that fatten its bottom line. His book NATION ON THE TAKE showed how corporate America in general does the same thing.

Now Potter has started a nonprofit investigative journalism site, Tarbell, to expose the inner workings of the healthcare industry. Tarbell went online in November with a series of investigative articles by different journalists about the influence of Big Pharma over our political process. We called up Wendell Potter to learn about the results of those investigations and to find out more about Tarbell itself.

During the presidential primary season last spring, we spoke with University of Massachusetts economist Gerald Friedman about Bernie Sanders’ Medicare for All plan. Friedman was the architect of that plan.

At the time, some mainstream economists published an op-ed in the New York Times saying the plan was too expensive. Then the Urban Institute came out with a study claiming that the Sanders’ plan would cost an extra $32 trillion. And candidate Hillary Clinton declared that single payer health care would “never, ever happen.”

Since then, Sanders has come out with a Medicare for All Senate bill that has actually garnered the support of sixteen Democratic senators, including some potential presidential hopefuls. Among them are Elizabeth Warren and Cory Booker.

With the GOP continuing its assault on health insurance coverage — the latest being the so-called Tax Reform bill that would collapse Obamacare and take billions out of Medicare — a push for single payer  by an outraged electorate might actually gain steam.

So, would single payer really break the bank? We called up Gerald Friedman to ask him to address criticisms of his plan so we could make up our own minds.  To listen to the interview on a podcast click on this link http://www.writersvoice.net/2017/11/wendell-potter-gerald-friedman/ and then click on the player to hear both interviews.