Zeldin says he supports veterans, but they may suffer under AHCA bill

Although Representative Lee Zeldin of NY01 often touts his unwavering support for veterans, this week he voted for the House health care bill that could result in millions of veterans losing their tax credits and many finding themselves in high-risk pools because PTSD is considered a preexisting condition. Thus Zeldin’s pattern continues: say one thing, do another.  http://www.sacbee.com/news/politics-government/article148917219.html

Trump promised to work for vets, but they could lose big under House health care bill

The health care bill that Republicans in the House of Representatives passed this week could strip 7 million veterans of tax credits and place many of them in high-risk pools by classifying post-traumatic stress disorder as a pre-existing condition.

Democrats seized on those possible effects to slam Republicans, saying they had voted for a bill that would, if it became law, end up punishing millions of veterans, a group that President Donald Trump fervently vowed to support during his campaign.

“This is not fear mongering, This is not hyperbole,” said Rep. Mark Takano, D-Calif., who is a member of the House Veterans’ Affairs Committee. “This bill jeopardizes health care for up to 7 million veterans, and everyone should oppose it.”

Sen. Tammy Duckworth, D-Ill., a veteran who lost both of her legs in the Iraq War, called it “stunning” that Republicans would make it harder for veterans to afford health care.

THIS BILL JEOPARDIZES HEALTH CARE FOR UP TO 7 MILLION VETERANS, AND EVERYONE SHOULD OPPOSE IT.

The House passed the American Health Care Act on Thursday by a narrow 217-213 vote and sent it to the Senate, where its fate is uncertain. The complaints of veterans are unlikely to help its chances of ultimate approval.

The bill offers Americans tax credits that they can use to buy private insurance – as long as they are not eligible for other low-cost government health care options. That’s the catch for veterans, who are eligible for medical care offered by the Department of Veterans Affairs.

That means that an estimated 7 million veterans who qualify for VA health care benefits but elect not to take them would be ineligible for the tax credits. 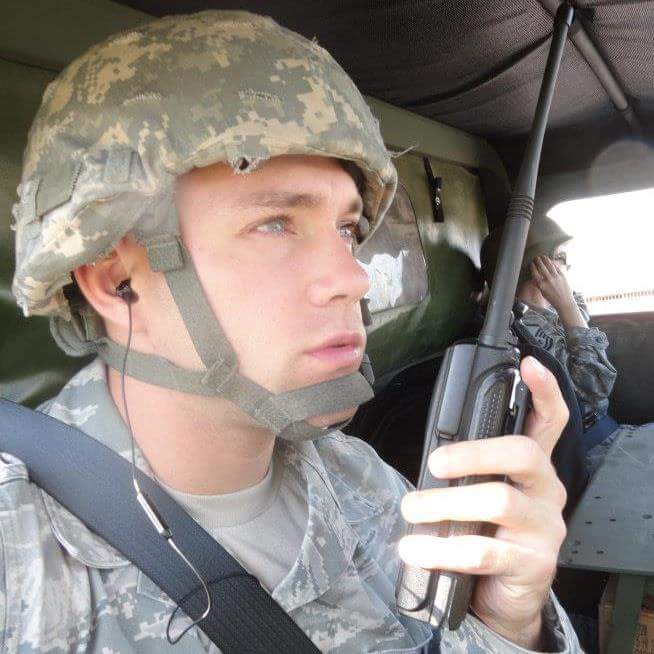 I’m a disabled USAF Veteran, combating PTSD along with thousands of other Veterans. #IAmAPreexistingCondition

Republicans argued during debate on the bill that Internal Revenue Service rules would exempt veterans from the tax-credit limits. But it’s unclear whether those rules would apply, since they were drawn for the Obama-era Affordable Care Act, which the House bill ostensibly repeals.

Rep. Phil Roe, R-Tenn., who chairs the House Committee on Veterans’ Affairs, insisted on the House floor Thursday that “nothing in this bill changes how veterans are treated under the law. Nothing.”

But Roe acknowledged that a provision that had been inserted to exempt veterans had to be removed because it violated the reconciliation rules that Senate leaders intend to impose to allow the bill to be passed by a simple majority, not the 60 votes that ordinarily would be required. Those rules require that a bill considered under reconciliation may deal only with spending and not policy.

“How did an ostensibly ‘technical’ amendment end up withdrawing refundable tax credits from up to 7 million veterans?” asked Chris Jacobs, a policy analyst who previously worked for the conservative Heritage Foundation and was a policy adviser to the House Republican Conference. “Does Donald Trump – who released a specific plan early in his campaign to ‘ensure our veterans get the care they need wherever and whenever they need it’ – realize the potentially broad-ranging effects of this ‘technical’ amendment on veterans?”

If the Senate does not close this loophole, veterans who are currently able to use tax credits to pay for health care would be forced to go through the notoriously backlogged VA.

NO MATTER WHAT VERBIAGE YOU HEAR, NOTHING IN THIS BILL CHANGES HOW VETERANS ARE TREATED UNDER THE LAW. NOTHING.

Veterans also express dismay that the bill would cut $880 billion from Medicaid, which they argue is used by thousands of veterans. Paralyzed Veterans of America called the bill “particularly devastating to people with disabilities.”

The bill also would eliminate the federal match for the Community First Choice Option under Medicaid, through which “many poor veterans with serious non-service-connected disabilities have been able to move from nursing homes into their communities,” the group wrote in a letter to House Speaker Paul Ryan, R-Wis. 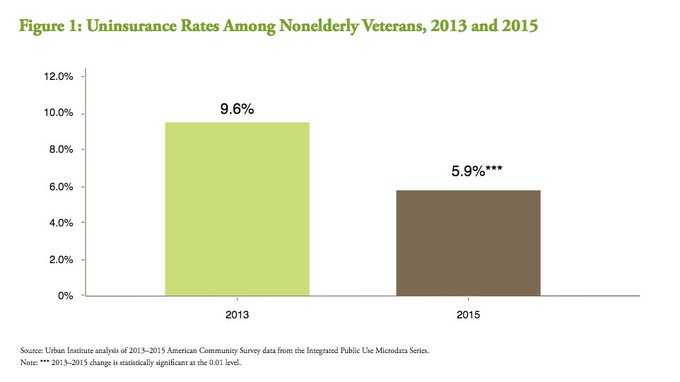 The rate of uninsured veterans under age 65 fell by nearly 40 percent during the first two years of Obamacare’s coverage provisions, a study by the Urban Institute think tank found.

The number of veterans who did not have health care coverage fell from 980,000 in 2013 to 552,000 in 2015. Most uninsured veterans in that category had incomes that made them eligible for either the Medicaid expansion or subsidies under Obamacare.

Veterans’ families also gained from the Affordable Care Act, the study shows. The rate of spouses of military veterans without insurance fell from 9.2 percent to 5.5 percent, and the rate among children dropped from 4.5 percent to 2.9 percent.

“It’s common knowledge that veterans suffer from very unique health care needs, including PTSD and musculoskeletal disorders, and that’s the kind of long-term services that Medicaid provides,” said Andrea Callow, a Medicaid policy analyst at the consumer group Families USA. “We know that hundreds of thousands of them are enrolled in the Medicaid program, as well as their families, so when you cut the program the way that AHCA does . . . you’re going to get veterans who get hit by it.”

Many veterans joined a Twitter campaign Friday opposing the bill, using the hashtag #IAmAPreexistingCondition. Many said they were especially concerned about post-traumatic stress disorder being classified as a pre-existing condition, a change that would make their health care more expensive.

“#IAmAPreexistingCondition and so is every other veteran,” tweeted one user.

“I am a disabled veteran that suffers from depression a condition on the list! Didn’t Trump promise 2 care 4 us?” asked another.

The new plan would alter prohibitions in the Affordable Care Act that barred insurers from charging higher premiums to people with pre-existing health problems.

“In terms of PTSD the risks are real, just as for all pre-existing conditions under the bill,” said Judith Solomon, vice president for health policy at the Center on Budget and Policy Priorities. “It’s not only that people may have to pay more, it’s also with a waiver of essential health benefits the treatment they need may not be available regardless of whether they can purchase the coverage.”

CORRECTION: An earlier version of this story gave an incorrect title and party affiliation for Sen. Tammy Duckworth of Illinois. She is a Democrat.