Stop the poisonous spraying of Accabonac and Napeague Harbors

A Change.org petition launched by the signatories 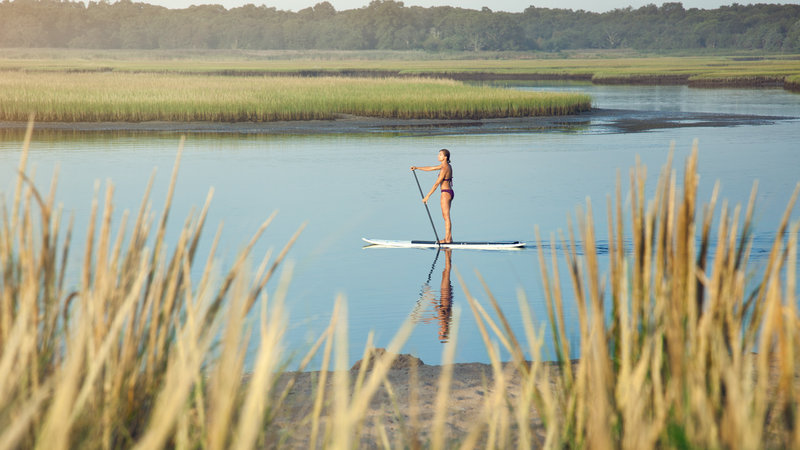 The State of Connecticut banned it in coastal areas in 2013.

The towns of East Hampton and Southampton oppose its use locally.

Our State Assemblyman Fred Thiele Jr. opposes its use and has co-sponsored bills to stop its application on our bays and harbors.

Yet, Suffolk County persists in its annual spraying of the poisonous pesticide methoprene on our marshlands. County officials say they have no intention of heeding local appeals, and vow to continue the annual noxious and noisy helicopter sprayings.

The county says it’s necessary to combat mosquitoes. But methoprene does far more than kill mosquito larvae: methoprene is highly toxic to some species of invertebrates. It’s lethal to crustacean larvae — immature lobsters and crabs — which is why Connecticut made its use illegal under most circumstances. What’s more, studies have shown that methoprene is believed to kill the larvae of certain other non-target insects, including dragonflies, which feed voraciously on mosquitoes. And, the chemical’s long-term effects on ecosystems and human health remain unstudied, which is a significant concern.

Methoprene is so widely recognized as toxic to lobsters — and suspected as one of the causes of the decline of the lobster fishery in Long Island Sound — that U.S. Senator Christopher Murphy of Connecticut and other top Connecticut officials asked Governor Andrew Cuomo to join Connecticut and ban its use on Long Island and New York. The governor has so far ignored the request.

Methoprene is a poison that has no place in our treasured local waters, which are under ever-increasing assault from surface and ground-source contamination due to human activity. Moreover, the spraying of methoprene has and continues to harm lobster and crab populations, living resources that are vital to our local economy, quality of life, and culture.

Stand against poisons in our beloved natural places, our bays and harbors. Join the fight against methoprene spraying on South Fork marshlands, beginning with Accabonac Harbor in Springs and Napeague Harbor in Amagansett, by signing this petition. Only through our sheer numbers followed by our plan to use this petition as a powerful political tool will we get the attention of county politicians to order a stop to the spraying and put an end to this wasteful, poisonous government program.

Note: The county is contemplating a temporary cessation of methoprene use on a small area of local marshlands to determine if the spraying has any measurable effect on mosquito populations. That’s not a commitment to stop spraying. Sign this petition to push for a broader ban and a long-term commitment to end the use of this pesticide in and around our waters.

Eliminating pesticide spraying is just the first step to building healthier marshlands that, among other things, includes measures that reduce nuisance mosquito populations.